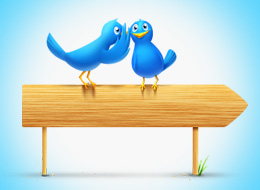 With its latest updated version of newly designed interface, Twitter has managed to provide its users a complete set of two-pane interface which will enhance their usability. In September 2010, the social networking company launched its interface redesign with faster and simpler features for its users. The older version of Twitter provided its users with an option to switch to the newer version and then back to older version, but now if you switch your account to newer version, you won’t find a way to switch back to older version. This step has proven that Twitter is soon going to close its old version interface and wants all its users to switch to its new interface with advanced functionalities.

However, the question which aroused in most of the user’s mind is that why did it take too much time for Twitter (almost nine months) to declare its newer version. There may be some sort of technical issue behind this. As the new Twitter loads empty pages also, therefore its troubleshooting page suggests you to use the older version. This may be another reason to keep its older version in existence till now. But now the site has posted a vigilant note on top its homepage that all its users will be automatically switched to its newer version and that too very soon.

Let’s have a look on some of the latest features added by Twitter in its newer version interface:

TWO PANE INTERFACE: With its two pane interface, Twitter has provided all the updates on the left side of its homepage whereas, on the right side, you can find all your followers, favorite tweets and the lists of suggestions for people to follow. The good thing is that Twitter has maintained its simplicity in its newer version also. The home screen is also modified and kept easy to navigate for its users. Therefore, you can easily navigate the site with the same degree of easiness and comfort.

ENTRENCHED MEDIA GRAPHICS: This feature allows you to open any sort of picture, image or videos in a different tab which will be opened on the just right side of your present tab. So you don’t have to leave the site in order to view those pictures or videos.

UNBROKEN SCROLLING: In its older version, Twitter provide you with a button which loads tweets for you but in its redesigned interface, the page itself populates automatically with more as you keep scrolling the page. This is something which will be surely loved by its users as they don’t have to scroll each time they want to see something different.

However, the new changes have annoyed some of its users as well. As most of the people still feel that its older version was better and quite user-friendly. But the thing is, it takes you some time to settle down with any sort of new change occurring in your world.