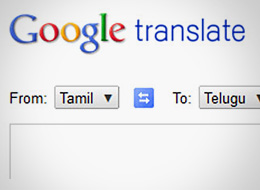 Adding support for these language was quite a challenge, as they are very different from English. Google describes some of the efforts that went into this project on its blog.

Google also warns the translations for these new alpha languages will likely “be less fluent and include many more untranslated words.”

Still, this is a very important step for the service, which now supports 63 languages. Bengali is spoken by some 300 million people, and Tamil is the official language in parts of India as well as Sri Lanka and Singapore. The service has supported the most commonly spoken Indian language, Hindi, since 2008.

The support for these new languages is now live on Google Translate.