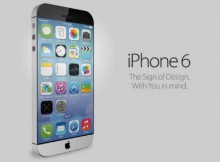 The Apple iPhone 6 and 6+ are two of the most hotly anticipated smartphones in the market, representing the latest offerings from the celebrated technology manufacturer. Both feature significantly larger screens than their predecessor, the iPhone 5, as well as a host of other improvements to the device. The iPhone 6 and 6+ are both outstanding options for those looking for the latest in Apple innovation, but each brings something slightly different to the table. Read more about the phone plans at iiNet directly on their new site.

The iPhone 6 features a new, larger 4.7in display with an improved contrast ration and 326pixels per inch for crystal clear images and video. This large screen makes the experience of playing games, watching video and enjoying other media, but the bigger screen also makes the iPhone 6 a bit larger than the old model, which can be positive or negative depending on the user.

The improved processor of the iPhone 6 enables the device to be not only faster, but smaller, yielding an even slimmer device than the previous generation at just 6.9mm thick. The iPhone 6 also adds extra 4GLTE support for faster, more reliable connections. Both the iPhone 6 and 6+ introduce Apple Pay, a mobile payments system unveiled by the company soon after the announcement of the devices which connects with your card or banking information, enabling you to make payments with a few simple touches.

Along with the 16GB and 64GB models that formed part of the iPhone 5 lineup, the iPhone 6 adds a high capacity 128GB version to suit the most data-intensive users. The camera has been tweaked for enhanced performance in low light as well as more accurate facial detection. Battery life also claims improvement with the iPhone 6, as talk time has increased from 10 hours to a 14 hour rating, with 10 hours of Internet use and an extra 10 hours of music playback touted by the manufacturer as well.

Apple’s top-flight offering is known as the iPhone 6+, and adds even more features to the already bolstered current generation iPhone package. The most noticeable difference is the massive 5.5inch screen, introduced by Apple in response to the popularity of larger screens with competitors. The Plus has an even more advanced display with 401 pixels per inch, but is a bit thicker than the iPhone 6 at 7.1mm.

The camera of the iPhone 6+has been upgraded, featuring interaction with the internal gyroscope for more stable images. The battery life is extended on the iPhone 6+ as well, due to the larger size and battery, with the device rated for over 24 hours of talk time and 12 hours of browsing. Obviously, the phone is much larger and slightly heavier than its little brother, but the added features make it worth the trade-off.

Both new iPhone 6 models have plenty to offer dedicated enthusiasts of the Apple experience. The standard iPhone 6 is designed as the next standard step in the evolution of the iconic device, but the iPhone 6+ adds a few bells and whistles to distinguish itself as the top product from the manufacturer. Nevertheless, those who choose either device are sure to be impressed with the newest capabilities of everyone’s favorite smartphone.