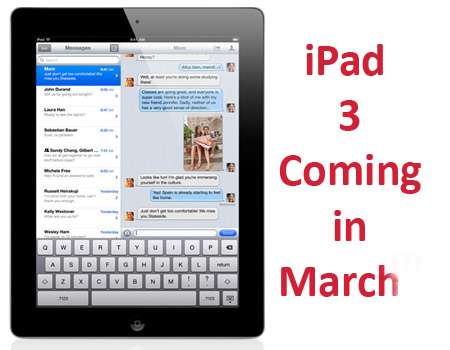 At an event in the first week in March, Apple is planning to launch its next version of iPad tablet: iPad 3

The event will take place in San Francisco, likely at the Yerba Buena Center for the Arts, which is Apple’s preferred site for product launches.

However, An Apple spokeswoman refused to comment anything regarding this event. 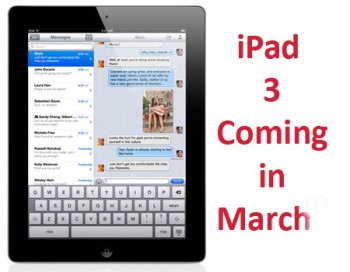 Apple has always launched its iPad in the starting months of the year. Apple Inc. launched the current iPad 2 on 2nd March,2011 and the original iPad tablet was launched at the later part of January 2010.

iPad commands the fresh market for tablets, even though extensive financial resources competitors are taking aim at the profitable segment. Amazon’s Kindle Fire sells at half the cost of an iPad, has occupied the lower end of the tablet market and giving a strong competition to iPad tablets.