It has been reported that Apple Inc. is moving closer to expand its services to living room as the company is testing new designs for large screen HD televisions. The company is in early phase of testing its new product and new prototypes for televisions and is in talks with several Asian component manufacturers and suppliers to test various designs of its rumored televisions set, sources at the company’s suppliers told Wall Street Journal.

Apple CEO Tim Cook told Bloomberg in an interview that manufacturing HD televisions was an area of “intense interest” for the company and further said “Whenever I go into my living room and turn on the Television, I feel like I have gone backwards in time by 30 years.”

Wall Street Journal reports “Apple could not opt to proceed with the gadget and how a large-screen HD TV fits with its overall strategy for remaking watching TV is still not clear.”

So far, Apple’s only experiment related to television is its Set Top box, which the company first launched in 2007. In 2010 update, Apple removed the hard drive which had been one of the main features in an original version and concentrated the set top box on streaming from its iTunes. 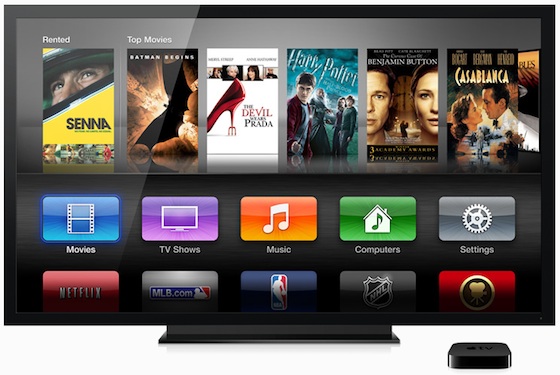 Apple has frequently expressed “Apple TV” as its hobby but despite of that rumors has been publicized for years that Apple is working on developing its new product and would launch its Television set someday.

Those rumours increased greatly last year after the publication of Isaacson’s biography of Steve Jobs, who died in October 2011and Steve Jobs told his biographer that he had “cracked” the problem of HD TVs.

Walter Isaacson did not give deatils on the remark, which resulted in expectation about what precisely Steve Jobs meant by the statement about cracking the problem of Television sets. Everything from a stand-alone HD TVs to an iPhone-based remote control was drifted as an attainable plan.

Few months back , Wall Street Journal reported that the company was in talks with some cable companies in US regarding how their Televisions service will function.

In 2011, Industry sources reported that Apple would be launching 32-inch and 37-inch HD televisions in 2012.