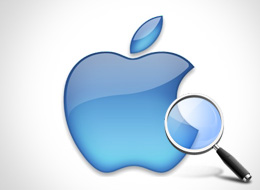 In today’s technology age three names come to mind. Those are, Facebook, Apple, and Google. All three are powerhouse companies with an enormous amount of users in many different countries. While they are all catering to different desires, they all have one common thing in mind, dominance. Facebook the largest social network, Google the best search engine, and Apple the best technology for tablets, phones, and music players. All three are learning from each other, and whether they like to admit it or not, are in direct competition with each other. Facebook and Google have been battling to become the “the Internet” as we know it for quite some time. And under the radar, Google has come out with the Chromebook, while both Facebook and Google have launched successful application platforms to compete with Apple. So what is next for these companies?

For Apple there is some interesting routes that they could take. They already have the head start advantage of providing the necessary means to browse the Internet. This is something Facebook does not have at all, and Google has had slight success with the Chromebook and the Google phone. Still they are no where near Apple in terms of users, and design. This is why Google is trying to make computers that have the sole functionality of the Internet. This means, all of your apps, programs, files, etc are all on the Internet. Apple better pay attention to this unless they want to be uprooted, especially with the resignation of Steve Jobs. Google and Facebook have a way integrating everything into one, and if Apple is not careful they may find themselves being passed up.

So what can Apple do? For Apple at this point one thing, and one thing only makes sense, and that it to make a search engine.  In case I lost you here, just bear with me. With recent firing of Yahoo’s CEO, I had a spark of an idea. First, why did Yahoo fail? I think due to the fact that their website looks like a news site other than a search engine. Second, how could someone turn Yahoo around? I instantly thought of Apple. Yahoo is worth around 15 billion. Apple is sitting on profits of 75 billion and stocks are selling around $380 per share. In my opinion, this is a great time to expand their capabilities and revamp Yahoo. Of course they would drastically change Yahoo. And probably at some point just replace the name with Apple or Apple Search, we’ll leave that up to the marketing experts.

The really interesting thing is thinking about what Apple could do with a great search engine. Using what Yahoo already has in place, and putting the polishing touch of Apple on, could be an amazing thing for the Internet. Not to mention instantly you would have millions of Apple users turning away from Google. What a thought, right? Applications could be infused with your search home page. You Apple ID could be an Apple email address, and everything would be done in Apple style, which is what all of us Mac heads love.

Now as far fetched as this idea may sound, it is something that could viably happen in the future. It may never involve acquisition of another search engine, but as long as the competition is present, we can assume Apple, Google, and Facebook will be fighting for tech domination. If Google continues to push Chromebooks, and Google phones while trying to take a bite out of Apple ( excuse my pun ), then don’t be surprised if Apple fires shots back. Personally I can’t wait to see the future and what the big three have to offer, it is going to be quite a ride.