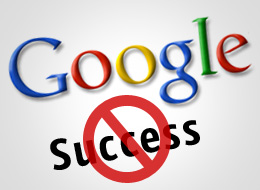 The giant collectively known as Google has celebrated a multitude of successes and really has so much to be proud of. That’s probably the understatement of the century because let’s face it, any company would love to be sitting where Google is right now. Despite all their prominence though, they’ve had many a project that just hasn’t taken off – as well as a few that have crashed and burned. Let’s have a look at the ones we remember most…

Google Answers was fundamentally a method for lazy people to outsource their googling. Users could post questions, offering $2 to $200 for their answer. This, combined with the Google Answers low visibility and user disappointment that notifications were not dispatched when their questions were answered, is expected what led to the shutdown of the service in late 2006,four years after it was launched.

The concept refers to an online knowledge base or encyclopedia if you will. Sound familiar? Why yes, isn’t that exactly what Wikipedia is? This can be seen as an immediate failure, because going up against the information giant is like someone going up against Google – an inconceivable task.

Most reviews of Google TV describe it as mediocre. It was launched in the U.S but seems to have hit many large road blocks. For one, the major cable networks blocked Google TV enabled devices. By July this year it was clear Google was sinking and further improvements were needed. It seems as though Google TV has somewhat failed in the U.S (for the moment), but Google now has plans to re launch a new and improved version in Europe and take the fight from there…

A few of you might not remember this, you may even think, ‘isn’t Google Video YouTube?’ The truth is that before Google bought the online video giant, they were trying to launch Google Video. It went through several phases. At first it was a platform to bring ‘offline’ content to the internet and then allow users to upload.  Eventually it was abandoned in favour of buying YouTube – a way better move.

A project that really never caught on, maybe because people never really knew about it or, like in most cases, never really knew what it was or how it worked. It was a way to combine all your accounts into one – email, instant messages, social media etc. Users found it overly complicated and ultimately, failed to ride the wave.

Google, just like a fish out of water, not only attempted to go offline but out of the tech sphere as well! In a world where everything is going online and newspapers everywhere are feeling the strain, why would Google enter a dying industry that they have no experience in? No wonder the project has been shut down.

Really? Even I have to say this was a long stretch for Google. They overestimated their technological capabilities outside their usual ecosystem and underestimated the human side of the business. Radio stations refused to turn over airtime to a computer algorithm that set prices far lower than their own rates. It’s easy to see why big investors steered clear.

Google Shared Stuff was a social bookmarking tool which was introduced in September, 2007.It was only used to share videos at Google Video and Knol articles, but it was buggy and underdeveloped. The service was not a bad idea but there were already few similar social bookmarking sites already established in the marketplace when it was launched.

Froogle was never so much a failed product as failed name. Much like that strange band which you only liked in high school, no one else got it. Froogle was developed for price-comparison se but except you were an admirer of Google themed puns, the name did nothing to make this understandable. In 2007, Froogle was revamped and rebranded as Google Products.

You might be somewhat puzzled if you go the Google notebook website and see what emerges to be a fully operation page. If you attempt to execute what the page recommends and utilize the notebook’s browser extension, you will be redirected to a notice page telling you that you can now discover notebook’s functionality on other Google products. Some of notebook’s genes allegedly found their way into SearchWiki, Gmail Tasks and Google Docs.

Let’s be honest though, Google is a giant and if I had authority at their company I’d be pushing the boundaries every day too. That’s exactly what they’re trying to do; showing that they are not only search giants but tech giants as well. The reason why Google packs a punch is because they learn from their mistakes – this can be seen by the number of their failures. Yes Google Video failed, but they bought YouTube, yes the first android was a bust but look at the booming market share now. Learning from their mistakes is what makes them succeed at so much…and having billions at their disposal also doesn’t hurt.

Author Bio: Cale Pissarra has a degree in marketing and is an experienced Online Marketer. He also enjoys hot air ballooning and likes to help out at corporate team building events in Johannesburg.