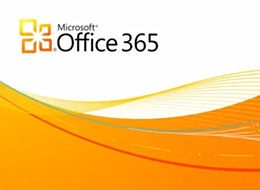 Microsoft is making its major move into the mobile, Internet-accessible world of cloud computing this week, as it takes the wraps off a revamped online version of its hugely profitable Office software suite.

The world’s largest software company is heaving its two-decade old set of applications which includes Excel spreadsheets, Outlook email and SharePoint collaboration tools into an online format so that their users can access them on several devices at anytime and at anyplace where they can get an Internet connection.

Microsoft desires to push back against Google, which has stolen a small but upsetting percentage of its business clients with cheaper, web-based substitutes, which eliminate the requirements for organization to spend time on installing applications on their systems.

With the launch of this service, Microsoft shares rose by 3.7 percent on Monday, the largest gain in a single trading day since last year, partially sustained by expectations that it can eventually boost up their profits by extending its software supremacy to the rising cloud sector.

Microsoft has offered online versions of some of their Office programs mainly their Outlook email for its business customers for a number of years, and last year they have launched free versions for individual home users.

The market for cloud-based application services is rising day by day and every business, government department and local authority is getting pitches from Microsoft and Google whenever they re-examine their Office application. This business model turned the Office unit into Microsoft’s most lucrative, earning more than $3 billion alone in the last quarter.

Last October, when they launched Office on the cloud for testing, Microsoft said they have planned to charge from $2 per user per month for basic email services to $27 per user per month for advanced offerings. On the other hand, Google charges a flat fee of $50 per user per year for its cloud-based Apps product, which offers email, calendars and word processing.

Microsoft will host user’s data remotely and will preserve all the servers in vast data centers. Unlike Google, it will also permit users to place their data on dedicated servers if they prefer to or can keep the data on their own premises.

Google says that there are presently 40 million users who are using online Google Apps suite. However, Microsoft has not published any corresponding figures, but research firm comScore has anticipated that around 750 million people globally are using Office in some form. The full launch of Office 365 will spice up the energetic competition with Google for their new users.

But Internet-centric Google whose achievement is based on its supremacy in web search — is confident that even the launch of Microsoft’s new service, they will have the upper hand in the cloud in future also.