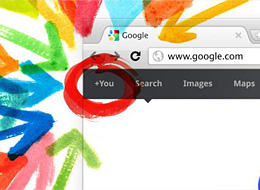 Within two days after Google launched its social network Google+, the company delayed sending invites to users to join it. The reason behind is: “Insane demand,” said Google Senior Vice-President of Engineering, Vic Gundotra. Google had “shut down invite mechanism” for the Google+ service for the night, in a note Gundotra posted on Google+ on Wednesday evening. ”Insane demand”. We need to do this vigilantly, and in a controlled way.”

Google launched Google+ on Tuesday, marking the company’s boldest move to take on Facebook, which is the world’s No.1 social networking site. The new Google service Google+ follows a thread of failed efforts by Google to crack the social networking market with its products such as Google Buzz and Wave. A Google spokesperson refused to say whether Google had restarted inviting people to join Google+ on Thursday or to state what caused the delay of invitations.

“We launched Google+ in a Field Trial in order to test the product out and gather more feedback,” Google said in an emailed statement. ”As part of the Field Trial, we may open and close Google+ to new users at any time. We are excited that so many people are interested in trying out a new approach to online sharing.”

In the meantime, in what appears to be a reaction to Google+, Facebook founder Mark Zuckerberg announced at the Boston headquarters that his company is planning to “launch something awesome” next week for the over 500 million users of Facebook. He did not reveal any more details. However, it is being considered that the new feature which is going to be launched could be in the mobile or tablet space.

A report published in Los Angeles Times said there are a variety of mobile products in development at Facebook, including the release of a long-awaited Facebook app for Apple’s iPad and a dedicated app for photo-sharing on the iPhone. ”We are working on a number of exciting things that we have not yet announced, but stay tuned for next week,” the report quoted Facebook director of engineering Andrew Bosworth as saying.